Carro has announced the acquisition of Indonesia’s e-classified marketplace, Jualo – as part of the fresh US$30 million funding it raised recently from SoftBank Ventures Asia, and others

Singapore-based wholesale automotive marketplace, Carro is in an acquisition spree as it plans to expand its operations in Southeast Asia. The startup today announced the acquisition of Indonesia’s e-classified marketplace — Jualo — as part of the fresh US$30 million funding it raised recently from SoftBank Ventures Asia, including EDBI, Dietrich Foundation, NCORE Ventures, and Hanwha Asset Management.

The new debt finance also marks the closure of the 3-year-old Carro’s Series B round, taking its total fundraise to close to US$100 million to date. The family office of Manik Arora, and existing investors including Venturra, Singtel Innov8, Golden Gate Ventures, and Alpha JWC also participated in the fresh round. It last secured US$60 million in May 2018 in the round that was co-led by Softbank Ventures Korea, Insignia Ventures Partners, and B Capital Group.

Aaron Tan, CEO and founder of Carro, said the acquisition of Jualo has been completed.

“This was done some time ago but we just closed the docs recently and hence the delay in announcing it. But it’s entirely done now,” Tan said. “Our acquisition of Jualo will further boost the reach of our proprietary technology platform in Southeast Asia.”

Launched in 2013, Jualo facilitates an online trading marketplace for used goods in over 300 categories in Indonesia, from automotive and clothing to properties, etc. The company has monthly traction of close to four million users per month and has facilitated transactions worth over US$1 billion in 2018, Carro announced.

As part of the acquisition, Carro plans on retaining all key staff of Jualo to continue to stay with the company under the original branding. However, it is uncertain if Carro will continue to service Jualo’s other classified offerings. “No plans for that,” Tan said. “The plan is to focus on cars and motorcycles for now.”

Jualo was last reported to have raised an undisclosed amount in 2016 as part of its ongoing Series A funding round from investors including Susquehanna, Lionrock, and Alpha JWC Ventures. 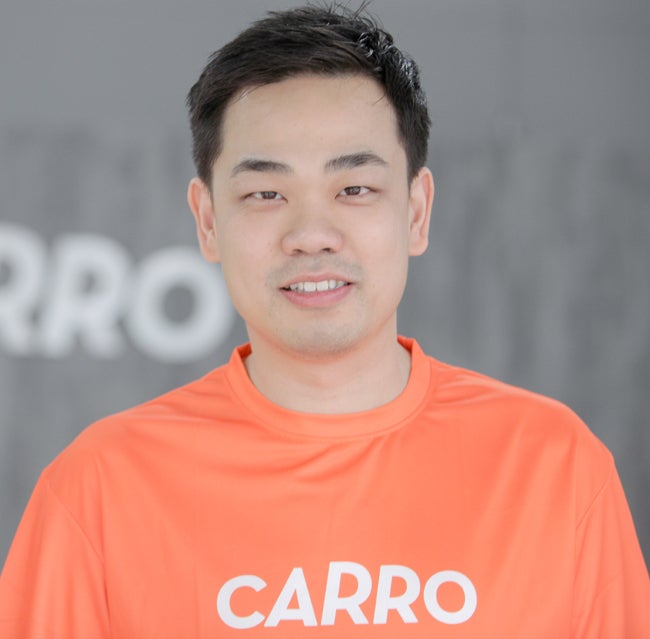 In pic: CEO and founder of Carro, Aaron Tan

Carro, which claims to have transacted over US$500 million worth of cars in 2018, is in an expansion spree since last year, starting its first acquisition with Thailand-based automotive marketplace, TrusteeCars. Tan said that the company plans on doing three more acquisitions of startups from the ASEAN region by the end of 2019.

Carro is also pushing its subscription-based car service in Indonesia and Thailand as well, which it launched in Singapore in May this year. Carro’s subscription service offers consumers to select cars from any of the four plans — namely daily, roomy, fancy, and Luxury — by paying a flat monthly fee that includes all costs associated with car ownership such as insurance, road tax, warranty, maintenance costs, etc.

Carro — which has its operation in more than 30 cities in Singapore, Thailand and Indonesia — claims to have sold US$500 million worth of vehicles in 2018, up from $250 million in 2017. The company, which provides services including buying and selling of used cars, along with financing, subscription, insurance, workshop and roadside assistance, also said to have grown by 100 per cent month-on-month.

Southeast Asia’s used car marketplace is heated with a number of startups similar to Carro. There are Indonesia’s BeliMobilGue, Malaysia’s Carsome and iCar Asia, and others. According to Techcrunch, Carro is the best-funded startups by some margin.