Venture capitalists are looking to inject more funding into Deeptech as the government strengthens its support system amidst a global tech shift.

In the eighth edition of Singapore Business Review’s Hottest Startups list, automotive marketplace Carro made it to the top after completing its $81.3m (US$60m) series B round in May 2018. This is followed by biotech startup RWDC, which raised $17.6m (US$13m) and $29.8m (US$22m) last October 2018 and April 2019, respectively, as well as artificial intelligence (AI) solutions provider AnyMind, which bagged $21.4m in March.

According to e27’s Southeast Asia Startup Ecosystem report, startups in Singapore hauled US$7.5b via funding in 2018 after seeing 189 deals. Companies were included in the list based on funding size followed by channel checks with leading venture capital firms to ensure they were indeed hot enough. Whilst not an exhaustive compendium, the list does provide a good flavour of the types of firms being funded in Singapore.

Aside from these verticals, there are other sectors which VCs think are underserved. Soh said that there is an upcoming focus in the Insurtech area, which is usually classified together with Fintech. “I would like to see more funding go to startups centred on Healthtech, food, Agritech, and hardware,” he said.

Golden Gate Ventures principal Justin Hall cited that the logistics vertical also has “enormous potential,” due to the confluence of increasing commercial activity across the region, amount of investment required to improve and digitise existing logistics solutions, as well as the amount of institutional capital still pouring into the Southeast Asian ecosystem.

Russ Neu, a venture partner at Impact Quest Ventures, said that their firm has been tracking and investing in Childtech startups, even when the vertical is below the radar of investors.

However, Raghavan noted that Fintech still remains a huge focus for Singaporean investors, as expected from a financial hub. e27’s report revealed that of the 189 funding rounds conducted in 2018, Fintech accounted for 62 of it, or 32.8%, making it the core driver in Singapore.

“I don’t think VCs are biased to Fintechs. It’s just that financial inclusion is one of the biggest opportunities in Asia and a massive addressable market and anything that solves friction in this space is an exit opportunity in the long term,” Raghavan commented.

Neu also said that VCs are not always keen to tap into this sector. “Different VCs have different mandates so whilst there are VCs that specialise in Fintech, there are certainly VCs who avoid this sector,” Neu said.

Furthermore, the continued focus on Fintech firms is being driven by government support. In particular, SGInnovate launched a financing scheme that will invest up to $80m over four years into tech-related verticals, in partnership with co-investment partners such as Golden Gate Ventures, Monk’s Hill Ventures, and Wavemaker Partners. The Monetary Authority of Singapore (MAS) also granted five virtual bank licenses to non-banks.

Despite the rising numbers of startups and sizes of their financing rounds, Neu stated that Singapore has a funding gap beyond series B rounds. “In 2018, there were people complaining about a seed funding gap as most of the seed investors have moved a stage later to look at Series A and B investments, but now there are new funds coming into the seed stage space such as Sequoia, which is investing in many seed-stage companies at one go,” said Wayne Soh, investment director for Singapore/APAC at Plug and Play Tech Center.

Founder(s): Aaron Tan
Funding: Carro bagged $81.3m through a Series A funding round last June 2018. It was led by SoftBank Ventures, Insignia Ventures Partners and B Capital Group.
Start of operations: 2015

Carro is an online platform for buying and selling cars. It uses a proprietary pricing algorithm to determine prices. Apart from being an automotive marketplace, it also offers in-house repairs and maintenance, roadside assistance services, as well as after-sales services such as a warranty that covers direct owner purchases. Another service they introduced is dubbed as “Carro Express,” which allows deals to be completed within an hour. Carro’s sister company, Genie Financial, provides in-house financing solutions and is said to have over US$135.6m worth of loan transactions in 2017.

Biotech firm RWDC manufactures biodegradable bioplastic to make straws, cup lids, cutlery, food and beverage packaging. It features the use of medium-chain-length polyhydroxyalkanoate (mcl-PHA) biopolymers harvested from the outputs of microbial fermentation using plant-based oils and claimed to be fully biodegradable in soil, water and marine conditions. These can fully dissolve within a few weeks, leaving no toxic residue. RWDC is based in both Singapore and the United States.

AI-powered Adtech firm AnyMind Group owns AdAsia, CastingAsia and TalentMind. AdAsia is a one-stop platform for digital advertising across video, native and display means, including strategy consultation, implementation and execution of online advertising activities. CastingAsia handles influencer marketing. It’s a platform that is said to have access to over 35,000 influencers in Asia, allowing clients to compare, analyse and discover influencers across Facebook, Instagram, YouTube and Twitter. Lastly, TalentMind is a an AI-driven recruiting software platform that helps employers in screening, analysing and matching prospects to their businesses.

RedDoorz is a budget hotel business with over 1,000 properties across 50 cities in Singapore, Indonesia, and the Philippines. It has an online platform that allows access to hotel management services where hotel owners can streamline their business. It has an AI-based engine for predicting demand in a particular area and will add more RedDoorz properties in this area until the demand is saturated. Moreover, it brands its deliverables, such as signage, branding, toiletries, and WiFi hotspots, as RedDoorz. The company is also working on the integration of other services into their rooms such as movie streaming, self-check-in doors, and vending machines. It has now over 200 employees across five countries.

Founder(s): Ken Fujiwara, Masahiko Yamada, and Takuma Okamoto
Funding: Umitron bagged $11.1m in June 2018 in an equity financing round from Innovation Network Corporation of Japan, as well as $2.7m funding from the Inter-American Development Bank Group (IDB) in December 2018.
Start of operations: 2016

Founder(s): Annu Talreja and Priyanka Gera
Funding: Oxfordcaps received over $10.8m in funding led by India-based Times Internet, as well as from its returning investors Kalaari Capital and 500 Startups.
Start of operations: 2017

Student housing platform Oxfordcaps manages 500 beds for students in universities, including National University of Singapore, INSEAD Business School and Singapore Management University. Upon launching in India, it offered 200 beds across 3 locations and has now grown by 50 times to about 10,000 beds with a goal of providing over 200,000 beds in the next three years. The company said their student housing features services for full-service residences like exclusive laundry services and professional housekeeping.

Fintech firm Silot provides an intelligent banking engine that uses AI and knowledge graphs to streamline banking operations and enhance decision-making processes. It targets primary bottlenecks, such as poor connectivity as well as siloed data and systems, allowing banking systems to formulate AI-assisted decisions. Its Silot Intelligent Platform helps to connect the processes of payments, marketing, loan underwriting, Know Your Customer (KYC), and compliance, turning data into knowledge which can then be derived into intelligent decisions using AI.

Beam is an online scooter rental platform where customers can locate and unlock a scooter through its mobile app for an initial rate of $1 and an additional $0.15 a minute. The e-scooters were made by Segway Ninebot and supported by smartphone maker Xiaomi Corp. It is also the first in the micromobility sharing services sector to offer personal accident insurance coverage in Singapore, Australia, New Zealand and Malaysia, subject to local regulations and jurisdiction. It plans to expand its insurance services to South Korea and Taiwan as well.

Armed with a suite of proprietary deep learning and neural network algorithms built on existing healthcare data, UCARE.AI utilises a predictive engine to help prioritise healthcare resources and reduce preventable hospitalisation. It also boasts of a highly accurate predictive capability by correctly identifying the risk of rehospitalisation for Singaporeans.

Founder(s): Linus Lee, Liu Feng-Yuan, and Silvanus Lee
Funding: In January, BasisAI secured $8.2m (US$6m) in seed funding from Temasek and Sequoia India. The deal is reportedly notable as Temasek usually invests in later-stage companies and not on startups that are just freshly coming up.
Start of operations: 2018

BasisAI is funded by topnotch data scientists who have worked for Twitter, Uber, and Dropbox, and Government Digital Services. The platform enables organisations, specifically fintechs and internet firms, to deploy models seamlessly and securely, to track the history of data and its origin, to monitor algorithmic integrity and ensure AI explainability in the hopes of helping companies to lure customers, boost user experience and mitigate fraud. 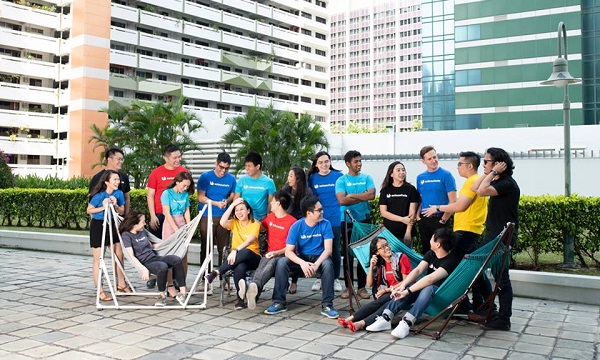 Saleswhale is a conversational email marketing platform which utilises AI-powered bots to handle email, making it easier to arrange meetings and coordination and even take part in the more proactive side of engaging existing leads. Its target customers include startups, mid-market and enterprise firms and the company has already secured over a hundred customers. 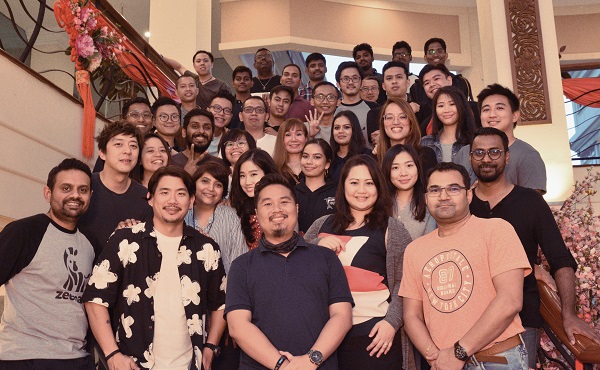 Founder(s): Keith Tan and Neeraj Sundarajoo
Funding: Zeemart has raised $13.2m (US$9.5m) in Pre Series A rounds from angel and corporate investors such as Kresna, Sheng Siong Family and KPISOFT.
Start of operations: 2017

Zeemart’s platform allows buyers, which include food suppliers, restaurants and catering services to check out supplier catalogues and place their order online. Suppliers can then manage their orders and deliveries through the app. Apart from this, services also include procurement financing.

Nutrition Innovation is focused on sugar reduction, replacement, and innovation. The startup is working to find the alternative sweetener for food and drink that is cost-effective and not a highly refined sugar or alternative sweetener. It is also working to push global sugar companies to produce Nucane, a range of healthier, naturally low glycemic sugars designed for both sugar replacement and sugar reduction by up to 70%. These technologies can be licensed to the industry to be rapidly and efficiently produced at industrial scale for all major food and beverage brands around the world.

Started by two stem cell scientists who ditched their government posts to build their own company, Shiok Meats is focused on creating cell-based crustacean seafood, including shrimp, crab, and lobster, marking a fresh move made by meat replacement firms focused on red meat. The founders are eyeing to make their products within the reach of the APAC market in the next three to five years, starting from Singapore.

igloohome utilises IoT technology to offer smart locks and lockboxes for homes, which are integrated with a mobile app. Its products are used in over 80 countries and are available through 30 distributors globally, with a focus across Asia and the Americas. The startup has inked a partnership with Airbnb, allowing it to integrate the generation of PIN codes with an Airbnb host’s calendar. The startup’s products can be used without an Internet connection and involve synchronisation and encryption, similar to that in the internet banking token.

Founder(s): Dan Lynn and Vikram Malhi
Funding: ZUZU Hospitality raised $5.01m (US$3.7m) in a Series A funding led by Wavemaker Partners, which the startup eyes to use for its expansion plans to Thailand, Malaysia, and Australia.
Start of Operations: 2015

ZUZU Hospitality Solutions caters to independent hotels by providing an outsourced yield management. It couples a proprietary hotel operating system with a system model delivered by specialist revenue managers to deliver an average uplift of 30% in online revenue. The startup is eyeing independent hoteliers as its market, of which more than 90% do not possess any revenue management software to support their business.

With operations in 19 countries and over 500 professionals, ObvioHealth is a global leader for health-centric innovation. Based in Singapore and Orlando, ObvioHealth is a full-service contract research organisation (CRO) that looks to develop clinical trials through digitisation, making them faster and more effective. Meanwhile, its proprietary software ClaimIt supports observational and interventional studies and also allows integration with smartphones, connected devices, and real-time interactions with subjects.